For those who do not know me, I have always been a dog person. In terms of what documentary series I watch on a Wednesday evening, you bet it’s about some dogs trying to get adopted and/or recover from a difficult surgery of getting a new bionic foot. I grew up with three wonderful dogs that I love with all of my heart. So when Netflix released a trailer of a new documentary series showing various stories of people’s lives being affected by these fluffy animals, I had to download it and watch it through my multiple commutes to work. 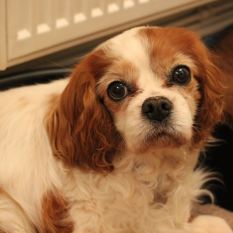 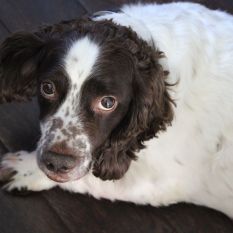 Jasper, who loves his ball 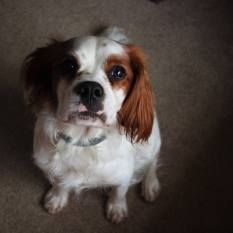 Bertie, who’s too clever for his own good

There are six stand-alone episodes, with stories ranging from an American family adopting a new dog after theirs passed away, to a refugee trying to get his dog trapped in Syria into Germany without instant euthanasia. My expectations going in were that it would be more centered around the dog rather than the people in the scenario, but that did not make the docu-series any less impactful. I would say for two favourite episodes, one would have to be ‘The Kid with the Dog’, the story of an epileptic teenager and her family going through the process of training a service dog, purely because as a disabled woman myself it hit very close to home in terms of the struggles the family had to face. The second one being ‘Bravo, Zeus’, the story of the Syrian refugee teaming up with a Facebook group to rescue his Husky from Damascus. Whilst these two episodes are polar opposites in terms of the themes and aesthetic, both are fantastically put together and create such compelling story-arcs.

The cinematography is astounding. Enzo Brandner did a fantastic job at showcasing the emotional journey of the people at the focus of each episode, capturing subtle moments of human reaction to explore the impact of the topic they are discussing. Combined with Ewing’s sensitive yet captivating storytelling skills, each episode felt unique in its own right but all felt connected in the people’s passion for dogs. The music also connected these standalone episodes brilliantly, bringing a gentle and soothing soundscape that lets the story breathe, and not relying on heavy orchestration to grip the audience.

Every episode contrasts each other in terms of location and complexity, varying from a competitive dog groomer from Japan with busy lights and tense, competitive scenarios to a calm boat ride with a fisherman and his dog as they catch fish on the lake. I really appreciate this series educating me on different cultures and their treatment of animals, as it took me outside of the echo chamber that is my Twitter feed and showed me behaviours I never thought would be accepted in my own social circle (the Japanese grooming style and dressing up their dogs spring to mind). I believe this an excellent series that encourages the viewer to step outside of their comfort zone and explore something they are passionate about from a different culture’s perspective.

Whilst I think some of the narrative structure is not as strong as other episodes, I still enjoyed this series and engaged with the content a lot. There are only six hour-long episodes this season so it is the perfect series to watch when traveling somewhere, or when you want a nice series to watch with a friend. I highly recommend other fellow dog-lovers to watch this and relish how the world fawns over man’s best friend, and I hope there is more to follow with this stunning series.

Dogs is available to watch on Netflix.

View all posts by Carrie Morrison